The Philosophy of the DCEU Part I: Men Are Still Good

Introduction: The DC Extended Universe is indisputably filled with commentary on our world and this includes areas of philosophy. This series will attempt to illuminate and expand upon those philosophical musings and each part will span the entire DCEU up to Wonder Woman and so I warn that there are spoilers for every DCEU film from here on out.

There Was A Time Before: 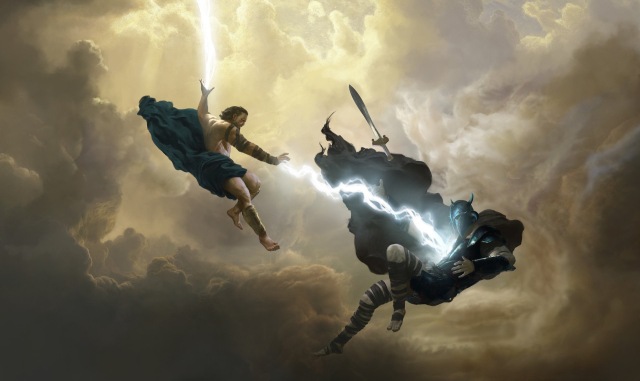 The debate about human nature in the DCEU began almost immediately after Zeus created mankind. According to Hippolyta, the Olympian Gods loved Zeus’s creation, but Ares did not. Ares, son of Zeus, decided to show the Gods mankind’s ugly side and ultimately succeeded. Taking the mantel as God of War (though he would proclaim himself God of Truth), Ares proceeded to murder his Olympian contemporaries. In a last ditch effort to save his creation, Zeus left the God Killer with the Amazon in the hopes that Ares could be defeated in the future.

This story bears a striking resemblance to the Fall of Man as depicted in the Bible. The nature of mankind having been corrupted and fallen is likewise similar to the Christian doctrines of Original Sin and total depravity, whereupon mankind is seen as inherently evil and predisposed to wickedness. This is certainly the expressed opinion of Ares. Thomas Hobbes, an English philosopher, would also share this viewpoint of mankind’s natural state. He contended that mankind could only be made less deplorable through civilization. Ares didn’t think man anything more than deplorable on the whole. Ares would not remain the only figure in the DCEU to hold this incredibly negative opinion of mankind. He would find kinship in the grizzled veteran version of Bruce Wayne we are introduced to in the beginning of Batman v Superman: Dawn of Justice.

What Falls Is Fallen: 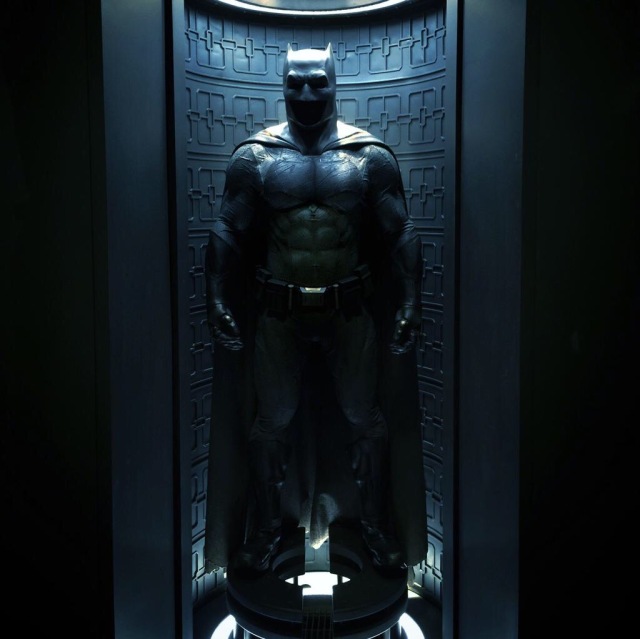 The Garb of a Fallen Man

The DCEU introduces us to a Bruce Wayne who is later in his career and has become far more jaded and fatalistic about his crime fighting and about life in general. “Criminals are like weeds…” he declares, stating the futility of his caped crusade. This new Batman seems to believe the worst of people, including himself, acknowledging that he is a criminal himself. Batman is so certain of the corruption of men that he has to assume that it’s only a matter of time before Superman turns to wicked ways. “Twenty years in Gotham, how many good guys are left? How many stayed that way?” He asks Alfred in an effort to rationalize his assault on Superman.

In some ways, this conforms to Hobbes’ views of humanity but it also resembles the views of Jean-Jacques Rousseau who suggested that men are basically good but that society eventually corrupts them. Indeed Bruce seems to concede that Superman seems decent at the moment, but it’s the future he worries about. For all his fatalism, Bruce does seem to have some positive viewpoints on mankind (“Men are brave”), but he seems to only amplify the negative in Superman and that shows which ideology is dominant in him. Superman is a canvas that people seems to paint their image of a more potent mankind on, and the image Batman initially paints scares him. This is not the only expressed opinion of mankind in the DCEU though…

It’s Not About Deserve: 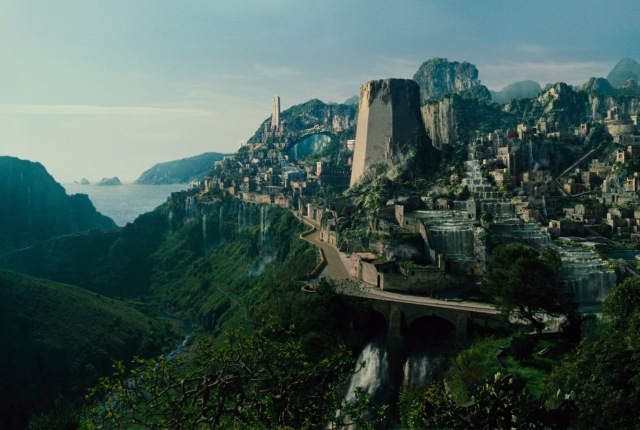 The Amazonian Paradise of Themyscira

Ares and Batman both serve some scathing indictments on humanity. So what is to be done about it? Destroy it? Abandon it? What does mankind ultimately deserve for its sins? Even the naive Princess Diana of Themyscira eventually recognized the cruelty and base nature of mankind but her conclusion about it diverges very far from Ares’ conclusions, or even the isolationist conclusions of her own mother.

Diana insists that mankind is “everything you [Ares] say they are. And so much more.” In saying this, Diana is asserting that mankind is indeed wicked at times but that there is more to them. Her friend Steve Trevor suggested that sometimes men are bad all on their own, not needing Ares to inspire them to evil. Even so, both Steve and Diana believed there was more to mankind than its capacity for evil. In fact, Diana concludes that it’s “not about deserve. It’s about what you believe.”

An Ideal to Strive Towards: 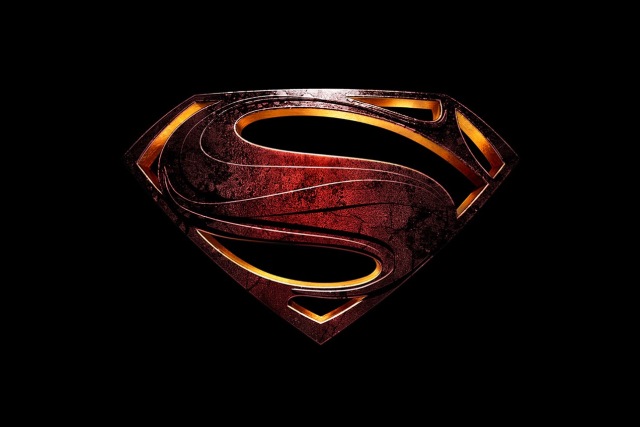 Symbol for the House of El

Kryptonian scientist, and father of Superman, Jor-El seemed to have a favorable view (or at least an open-minded view) of mankind despite being a member of a more advanced race that already doomed itself to destruction. He asserted that his son could be a “bridge between two worlds” “you can embody the best of both worlds.” Indeed Superman strove to embody the best of both worlds in the DCEU. He has all the hope of the house of his ancestry and all the freedom of his adopted home.

Superman served and submitted to humanity numerous times before and even during his death. He found that Bruce, Diana, and Ares were right about man’s cruelty but also that his own father was right. They could aspire to be better and to reach new heights. Superman learns this, perhaps best, from Pete Ross- a former bully turned friend. All Pete needed was a selfless example and Clark Kent gave him that example when he saved Pete from drowning right after Pete picked on him.

In fact, it is Superman’s self-sacrifice for humanity that shakes Batman down to his foundation and inspires him to do better for mankind and to finally recognize the good still present. It’s Superman who reminds Diana of the redeeming qualities of mankind worth fighting for. This moves Batman firmly in the Hobbes camp on humanity.  The ultimate conclusion we can come to here is perhaps best summed up by the Batman himself: “Men are still good. We fight, we kill, we betray one another, but we can rebuild. We can do better. We will. We have to.” 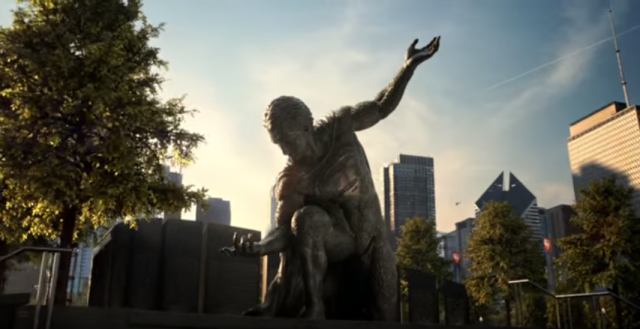 In time, they will join you in the sun. In time, you will help them accomplish wonders.”

Graduated top of my class in the school of hard knocks. I live in Raleigh, NC with my wife and (allegedly) zero kids. I work for a Property Management Company, create pointless trivia games, and manage various social projects. I'm as boring on a job application as I am an "About Me" page.
View all posts by nuclearfish2013 →
This entry was posted in All, DC, Movies and tagged Batman v Superman, Batman v Superman: Dawn of Justice, BvS, CBM, Cinema, Comic Book Movies, Comic Books, Dawn of Justice, DC Comics, DC Movies, DCEU, Films, Man of Steel, Movies, Philosophy, Suicide Squad, Superman, Wonder Woman. Bookmark the permalink.

1 Response to The Philosophy of the DCEU Part I: Men Are Still Good