The art of filmmaking is both timeless and ever-changing. This art contains universal and enduring principles as well as wild and enthralling innovations. The motions of this fluid and magnificent art form have both affirmed and defied its original conventions and convictions: changing beyond recognition from the silent films of old but still wearing a wry smile which looks back on that time not with scorn, but adoration. There are genes in filmmaking which are crucial to even have a film, but there is also surprising genetic variation within the species. This paradoxical dichotomy of evolution and endurance has even seeped into criticism of the art where the debate over objectivity and subjectivity rage on today. This article will attempt to demonstrate this dichotomy and, in doing so, illustrate how the art form has remained true to its origins while blooming into something more refined and beautiful than ever before.

The most obvious and immediate source of change in the film industry comes in the form of technological advances which enhance the filmmaker’s toolbag. While the earliest color films appeared as early as 1903 (La Vie et la passion de Jésus Christ) they were not necessarily filmed in color. Many involved painstaking manual coloring in post production. In 1939, The Wizard of Oz shook Hollywood by being the first film to be realized in true Technicolor.

You’re Not In Kansas Anymore

Since then, there’s been a meteoric proliferation in the Cinematic arms race that gifted us with High Definition resolutions in our homes; IMAX cameras, screens, and theaters; Three Dimensional Imagery; and, of course, Computer Generated Imaging.

The IMAX Camera allowed for an even more grand cinematic experience. IMAX cameras film with 70mm film stock, doubling the standard 35mm film stock. This allowed for IMAX projectors to showcase images at an unpredicented scale. The first permenant IMAX installation did not appear until 1971. Standard IMAX screens of today are 16 x 22 Meters. Meters. That’s enormous. Now not all movies are filmed in IMAX and the ones that are tend to be only partially filmed thus but the technology is undoubtedly bringing new levels to the theater experience. That’s not even considering sound, which can get a lot more technical than most readers are willing to stomach.

The use of Computer Generated Imaging, or CGI, has been simultaneously compelling and controversial. Like any technology, there was a process of trial and error (and still is) that filmmakers have gone through to discover its merits and drawbacks. When utilized with motion capture, as in The Lord of the Rings or the recent Planet of the Apes Trilogy, CGI can be an enthralling piece of the cinematic experience. In other, less compelling instances, it can lead to scathing (and sometimes deserved) criticism. An infamous case can be found in Star Wars: Episode I’s half-CGI, half-puppet Yoda and yet J.J. Abrams managed to side-step the same pitfalls with his commitment to blending practical and Computer Generated effects in Star Wars: Episode VII. So while technology opens the potential possibilities, filmmakers are not able to throw technology at every problem. Still, works which were considered unfilmable (such as the aforementioned Lord of the Rings) are now within our reach due to technological advances that have raised the cinematic ceiling.

The More Things Change, The More They Stay The Same:

Some changes in filmmaking are less obvious and far more difficult to quantify. The writing of films, as with any written works, is wildly variant and not easily tracked. Even old ideas can be applied in new ways. Does that count as an innovative though? Writing of all kinds, including screenplays, has always been difficult to classify outside of obvious content classifications (I.e. Genres).

An Oldie But A Goodie

Techniques can also be identified though. Take the 1957 film 12 Angry Men. The film is about a jury deliberation after an offscreen trial. Instead we are treated to a grand total of two rooms in which the entire film takes place. This limiting perspective forces the characters to interact frequently and to confront each other with nowhere to hide. This rising tension brings a clear-cut guilty verdict into doubt as each character is forced, by their limited environment, to confront their own assumptions, prejudices, and selfish motivations. Similarly, 2016’s 10 Cloverfield Lane adopted a similar strategy of limiting almost the entire film to a single doomsday shelter setting and an even smaller cast of characters. Again this enclosed setting forces frequent character interactions, maintains constant tension, and has the audience questioning the situation. Unlike 12 Angry Men, however, this is a thriller and not a character drama so the enclosing environment increases a sense of claustrophobia and dread. Both are great films to look at if you want to examine the impact of setting on a story.

A Newbie But Still Goody

Music has always been an important facet of movies since their inception. Motion pictures of yore frequently had music and no dialogue. Even so, the application of music in cinema has evolved over the years. Music accompanying films used to be played live and was primarily as a means to drown out the noise from projectors. As audiences came to expect music with their motion picture experience, studios adapted technologies which would allow for the recording of audio in the forms of dialogue, music, and sound effects. 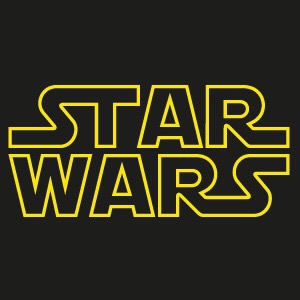 To explore those three elements of audio in cinema, let’s use a well-known example of master-class use of sound in a film (in all three areas): Star Wars. It was May of 1977 when Star Wars first hit theaters and while it was not the first film to feature sound design by any stretch of the imagination, it nonetheless set a standard of monumental proportions. Today, certain great works of classical music go unheard by large portions of the population but you’d be hard pressed to find someone who can’t hum a crude variation of the opening Star Wars Theme. To understand the power of what John Williams and the London Symphony Orchestra accomplished with Star Wars, try to watch that opening with no volume and then go through it again with sound on.

Just by seeing it, you can hear it.

Sound design doesn’t end at the score though. Much of it hinges on creating sound effects for the films. Sets and the equipment on them tend to be kind of loud and so sometimes even sounds like footsteps need to be recorded and added in post production. That’s just for basic sounds. This doesn’t even include sounds that have to be invented for things which don’t even exist. You can’t record a Balrog roar and so one must mix existing sounds to make it work. What about a Lightsaber? Well, Star Wars provides, in my mind, the ideal example of innovation in sound design. The lightsaber’s distinct gun was made from the sound of idling projector motors and buzzing interference from a television. A sound created for film by film. Yet the sound design of the lightsaber is so great that one can hear the effect of the saber by being presented with the mere image of one. That’s perfect sound design.

Star Wars has a scene which takes all three elements of Sound Design and puts them all to masterful use. Try watching the scene in which Han Solo and Luke Skywalker fight off TIE Fighters in the Millennium Falcon. Watch it again with your eyes closed. The sounds are so iconic that you are aware of what’s on screen at any moment. If you’re not a Star Wars fan, try this with my favorite moment of sound design: the docking scene in Insterstellar. This modern scene showcases just how far sound design has come from piano performances over silent films in early cineplexes.

It is clear that the art of filmmaking has come a very long way from its humble beginnings. Technology and techniques have improved in unforeseeable ways. We live in an age where the unfilmable is filmable, where special effects, sound design, and cinematography is so refined that there is not a single film concept that is completely beyond our grasp and the future is getting brighter. The fact of the matter is, they don’t make ‘me like they used to. Thank God.

Graduated top of my class in the school of hard knocks. I live in Raleigh, NC with my wife and (allegedly) zero kids. I work for a Property Management Company, create pointless trivia games, and manage various social projects. I'm as boring on a job application as I am an "About Me" page.
View all posts by nuclearfish2013 →
This entry was posted in All, Classics, Movies and tagged 10 Cloverfield Lane, 12 Angry Men, Cinema, Film, IMAX, Interstellar, Movies, Star Wars, The Wizard of Oz. Bookmark the permalink.