Article Asylum Weighs In: Something Else(world) This Way Comes

There is a Joker origin story in the works that won’t exist within the larger DCEU. That is major news. However, it didn’t stop there. The film will be written by Todd Phillips and Scott Silver, directed by Todd Phillips, and produced by Martin Scorsese. So what do we at Article Asylum think about this news? James and Joseph Hamrick both took time to put their thoughts to paper. 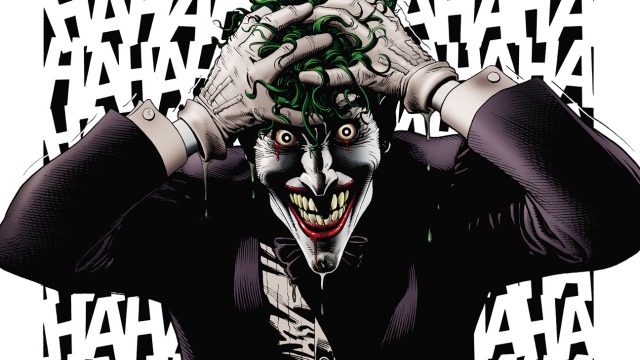 News like this can make even the Clown Prince’s head spin.

Who would have thought we would be living in a day where we would be discussing a potential Joker origin story film, directed by Todd Phillips, written by Todd Phillips and Oscar-winning writer Scott Silver, and produced by the great Martin Scorcese?

Todd Phillips directing and Martin Scorcese producing a standalone Joker film, potentially ushering us into the Elseworld universe? Count me in.

WB is in talks to hire Scorsese to help the film have the same feel of Taxi Driver. And given Silver’s credentials with 8 Mile and The Fighter, the film is being molded by capable hands. That’s as much about the film as we really know so far. The rest is up for conjecture, like how much of a say Scorsese will have in the casting, or the film itself. But since he was hired on to keep the tone of his earlier films, Phillips’ will be lending his ear to Scorsese’s input. And why not? This is Martin Scorsese we’re talking about; one of the most talented filmmakers alive. And if you’re wanting to, as the news states, make an 80’s hard-boiled crime drama set in Gotham City, who else better to have in your ear during the creative process than the man who directed Taxi Driver, Goodfellas, and Raging Bull?

What we don’t know, however, is plenty. Who will star, co-star, and what exactly does this mean for the future of films under the DC Banner? That’s a lot of questions. And the biggest questions arise not from what will be in the film itself, but the fact this is opening up the possibility of a standalone DC Elseworld Cinematic Universe. Even the remote possibility that we could see movies based off some of the best Elseworld stories like Gotham by Gaslight, Superman: Red Son, and Kingdom Come, has me terribly excited. Think of the possibilities! Instead of being tied down with trying to fit their film into the DCEU, a director who has an idea for a standalone film with DC characters can do that exact thing. They could have full control of it, and we probably wouldn’t see as many directors signing on a project, then leaving their film in the MCU or DCEU due to creative differences.

Potentially getting to see

There are still numerous questions left to be answered, but as a fan of DC Comics this has me excited. It looks as if this is WB beginning to fully embrace what makes DC Comics so great. Not only do they have a stellar main universe, but they also have award-winning stories to tell in their Elseworld comics. And if WB can tap into those, We’ll soon be able to see even more great stories on the silver screen.

Just think, if this works out, we could (if Todd McFarlane’s new solo Spawn film performs well) see an all-out, over-the-top, team-up film with Batman and Spawn. That not only has me excited, it has me down right giddy. I want to tame my excitement a little bit – and I usually do for the most part – but the brakes aren’t working on this hype-train. So it’ll either roll into the station, or fall off the rails and crash and burn. Let’s just hope if it does, I’ll have Glass to look forward to (get it? Train. Unbreakable? Jokes, I have them).

It would seem as if DC is ready to bring the concept of Elseworld tales to the big screen, starting with giving DC’s arguably most famous baddie his own origin story.

Though, I consider myself a fan of the DCEU thus far, there’s no denying that the DCEU is still in a position where it has to prove itself in a movie landscape full of shared universes. With that in mind, I’m not sure going forward with this film is the right decision for DC. Jared Leto’s interpretation of the character was not universally acclaimed, unlike his predecessor, Heath Ledger. DC is going to have to convince the general audience that, despite a rocky start, Leto is worthy of the mantle, and recasting the role for a standalone title being made by a lot of talented people is not helping. 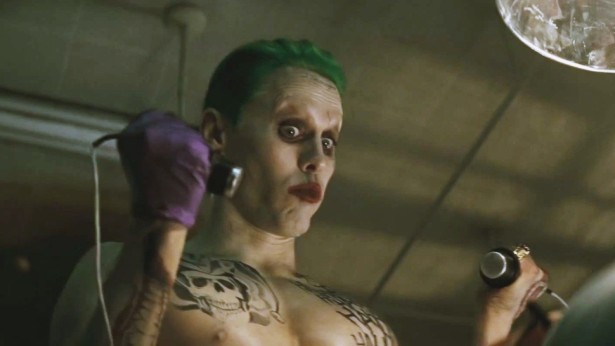 I don’t think Jared Leto will be really, really, happy to hear there’s a Joker origin film without him in it.

If this film comes out and is a success, not only will I wish it was a canonical entry in the DCEU, but the general public will begin to look more forward to DC’s next offshoot than their next addition to the larger universe. Not everyone sees every comic book movie that comes out, and some may opt for a Joker origin story over something like Flash’s big screen solo debut. It makes no sense to compete with oneself, especially if that competition may undermine the universe that has more potential in the long run. However, if the film comes out and disappoints, it will be looked at by all as a colossal waste of valuable resources. 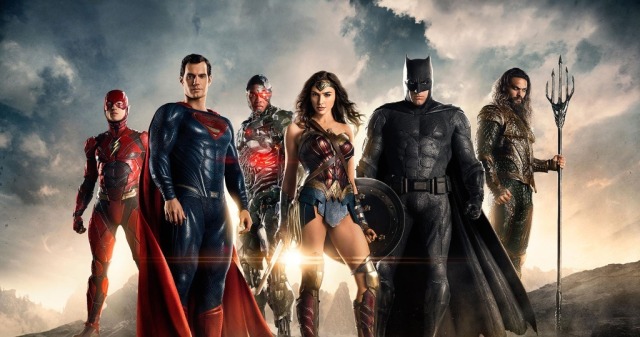 This is the only Extended Universe WB needs to be concerned with establishing right now.

My biggest fear is that the Elseworld is going to be where all the talented directors with ambitious ideas come to make movies, and the DCEU films will be left to be directed by committee. I don’t want to have ideas like a Taxi Driver-esque standalone  to be more intriguing than films in the main universe. Any idea as ambitious as this film is I want to see a part of the DCEU, not something as inconsequential as this.

Hello, my name is Joseph Hamrick. I enjoy reading stories I find, which provoke thoughtfulness and introspection. I am a Christian, so most of my writing and thinking comes from a theological perspective. I am currently engaged to Jesse Berden, and will Lord-willing be able to call her my wife (and subsequently update this profile) on March 23. I love contemplating on the moral, philosophical, and theological aspects of what I read and watch. I keep a weekly column, "Something to Consider," for the Greenville Herald-Banner. Along with that, I write on a regular basis at www.servantsofgrace.org.
View all posts by Joseph Hamrick →
This entry was posted in All, Comics, DC, Movies and tagged DC, DCEU, Elseworld, Jared Leto, Joker, Justice League, Martin Scorcese, Scott Silver, Taxi Driver, Todd Phillips. Bookmark the permalink.

1 Response to Article Asylum Weighs In: Something Else(world) This Way Comes