The Philosophy of the Matrix Part I: The Allegory of the Cave 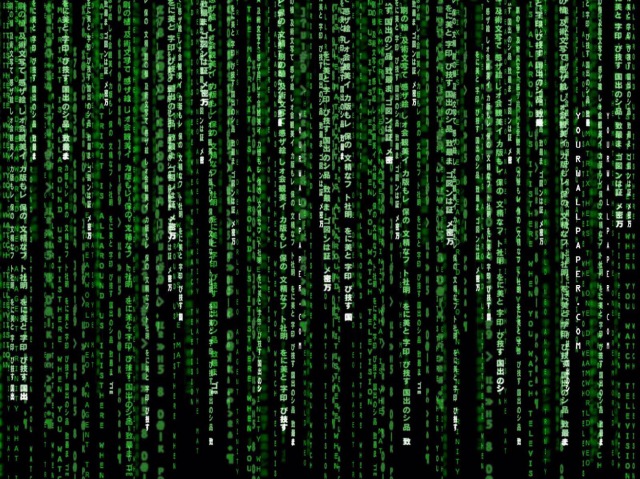 A digital cave of prisoners.

Cinema is an art which often explores concepts of Philosophy, weaving them in narrative, characters, visual storytelling, music, and dialogue. Whether or not a work is effective at communicating these ideas really depends on the talents of everyone involved in the filmmaking process.

Still, even more can be drawn from a movie than is necessarily intended by the filmmakers. In this series, we’ll be using The Matrix film trilogy to discuss aspects of philosophy and many of them ARE intended by the filmmakers but some greater meaning can be extrapolated from details that may not have been intended to support these concepts. Nonetheless, intention does not always negate interpretation unless the creator of the content actively disputes it. Join me as we talk about the Philosophy of The Matrix and don’t bother to stop and see if it was meant to be read in such a way.

This chair is real… really comfortable.

In one of the most engrossing expository scenes in cinematic memory, Morpheus (Lawrence Fishburne) asks Neo (Keanu Reeves) an important question: What is real? This is a question explored by philosophers since the dawn of man. Plato illustrated some interesting concepts surrounding perception and reality in Republic around 380 BC. It is popularly known as The Allegory of the Cave. In many ways, The Matrix mirrors this illustration.

Before diving into the concepts that both Plato and the Wachowskis explored in their respective stories, it is important to understand what they were trying to illustrate. Both stories are an attempt to explain how a limited perception can skew one’s understanding of reality and consequently limit access or comprehension of any greater truth. This sounds rather lofty but, as we shall see, both stories use narrative limitations to explore these concepts in a far more digestible format than just scholarly jargon.

First, both stories employ extreme limitations on the perception of its characters. In Plato’s cave story, prisoners are restrained in such a way that they cannot observe anything other than a blank wall before them. Behind them is a fire that projects shadows onto the cave wall. Men on scaffolds use puppets to cast further shadows and the reverberation of sound in the cave makes it sound as though all the sound is coming from the shadows. The only perception these prisoners have are the shadows on the wall.

Shadows on the Cave Wall

The Matrix likewise artificially limits the terms of reality for its characters. The Matrix (the system not the movie itself) is a digital prison of shared consciousness and while the deception is more elaborate than Plato’s cave, the effect is the same. The prisoners’ sense of reality is controlled. Every aspect of it is merely a simulated reality, smoke and mirrors used to make people feel what is going on is all there is. No one in the system is aware of it unless they are awoken or told about it, and even then they have trouble believing it. Neo is drenched in the mundanity and feels there is something more but has no evidence to support that. His life is as a prisoner in Plato’s cave, only seeing what he is allowed to see and altogether unaware of a greater reality.

It’s not what you think it is.

What happens when that sense of reality the prisoners have is shaken? Plato supposes that a prisoner is freed. When the prisoner observes the fire, it is blinding, overwhelming. The prisoner would not be likely to accept this as reality and prefer to return to the shadows he was comfortable with before. In The Matrix we can see this play out through one of the antagonists, Cypher.

Cypher, like Neo, was born with his consciousness hardwired into the Matrix. For a long time all he knew was in that simulated world and though he was initially curious about this greater reality, like the prisoner in the cave observing the fire for the first time, the bitterness of that reality proved unbearable. Life outside of the Matrix was a hellscape with human life barely eluding the unstoppable might of oppressive AI machines. The only human city left, Zion, was barely scraping an existence from the Earth and was engaged, at all times, in a deadly war against those same machines which had imprisoned them for energy. Seeing the fire for the first time, Cypher much preferred the shadows in the cave, or the comfort of the Matrix as it were.

“Real” is not to his tastes.

Unlike the cave story, the prisoners of The Matrix have a choice as to whether or not they remain in their prison but the effect is, in most cases permanent. The choice is symbolized with two pills, one which will allow you to continue living in ignorance: the Blue Pill and the Red Pill which is just one of several steps to awakening you from the Matrix. When Cypher suffers a bit of buyer’s remorse, he has to confer with the machine enemies to return to the Matrix. Cypher is like that prisoner who rejects the new reality in favor of his old familiar one.

Suppose you get a prisoner completely out of the cave? Plato supposes this very scenario when he suggests that one prisoner is taken from the cave against his will. The blinding light of the sun overwhelms his senses just as the fire before. It takes a whole lot of adjusting to get used to this. In The Matrix when Neo takes the red pill to explore more deeply the truth of his plight, he eventually wakes up in the real world. Here his muscles have atrophied and his eyes hurt. Morpheus explains the reason: “You’ve never used them before.” Unlike the Cave Story, however, the sun is nearly inaccessible for those escaping the Matrix as humanity blanketed the sky in a desperate attempt to cut off the machine’s solar power. The effect is still the same, Neo is disoriented and it takes a long time to grasp the truth of the new reality he has found. Even when he accepts the truth, his mind is not conditioned to believe it.

The prisoner from the cave slowly gains awareness of different facets of reality and is finally able to face the sun. After that point, he feels that his hightened sense of reality is greater than the reality in the cave. He makes it a mission to return to the cave and free his fellow prisoners. The enlightened prisoner is quite similar to Morpheus in The Matrix. Morpheus rescued several prisoners from the Matrix with varying degrees of success. His excitement over the prophecy and over Neo highlights his optimistic and enlightened state. The story of The Matrix is told primarily from Neo’s point of view. We receive information at the same time as Neo and much of it comes from Morpheus. Both Neo and the audience are prisoners who have yet to see the sun. The difference is that, for Neo this is a real and true revelation and for the audience the revelation is merely a hightened layer of fiction.

It turns out the puppets have strings.

Neo, like Morpheus before him, becomes the sort of guy who wants to help free others from the Matrix. By the end of the film he has seen the sun at last and is going back into the cave to convince more prisoners to step out of the cave. People like Cypher definitely exist and they will resist, to the last, any reality which is not their comfortable one. Plato’s cave story ends on the note that other prisoners would resist enlightened ones to the point of murder if necessary to preserve the comfort of their own conception of reality.

The Matrix and the Allegory of the Cave provide useful tools to explore the nature of discovery and how perception and reality are linked. Both stories demonstrate human resistance to narratives which run counter to our own existing worldview but also demonstrate that desire humanity has to share when one reaches a new summit of knowledge. They depict enlightenment and imprisonment very effectively, and demonstrate that oftentimes the most powerful prisons are the ones we freely choose to live in.

Graduated top of my class in the school of hard knocks. I live in Raleigh, NC with my wife and (allegedly) zero kids. I work for a Property Management Company, create pointless trivia games, and manage various social projects. I'm as boring on a job application as I am an "About Me" page.
View all posts by nuclearfish2013 →
This entry was posted in All, Movies, Social Issues and tagged Cinema, Keanu Reeves, Movies, Philosophy, Plato, The Allegory of the Cave, The Matrix, The Wachowskis. Bookmark the permalink.