The Fatal Flaw of a Flawed Film

For the most part, every film needs a protagonist to root for. They can be flawed, have a checkered past, or even make some outright dumb decisions, but at the end of the day, they have redeemable qualities; they are people we can still root for to win.

Suicide Squad had the premise that everyone was the bad guy, but they were forced to do good. Everyone, the rogues gallery and even Amanda Waller are essentially bad. That’s the premise to the film. In the void of Superman’s death, Waller has to use villains for a good purpose. So she forces them to go on this suicide mission and accomplish it by any means necessary. Her hands are dirty, stained with blood, and she makes no apology for what she’s done to get the squad together. We’re not supposed to root for her. 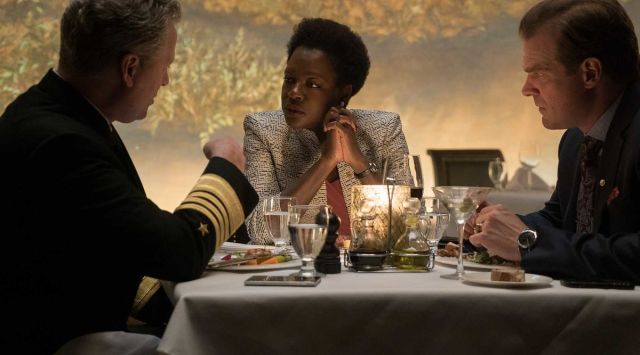 Waller uses Superman’s death to put together a team of villains to respond to supernatural events.

A little aside: another criticism of the film is after the intro section, we never get to see the bad guys being bad. Other than Harley stealing a purse, they’re essentially antiheroes. They don’t all need redemption stories. Keep Deadshot’s and keep El Diablo’s, because those are the only two compelling ones from the bunch. Leave the rest as who they are, villains. That’s the point of the comic series, getting bad guys to do good things. You can’t keep having characters tell them they’re the “bad guys” without ever showing them do bad things throughout the film. We aren’t supposed to root for these guys. If we’re not supposed to root for these people, then who are we suppsed to be rooting for?

We are supposed to root for another: Rick Flag. Colonel Rick Flag is the moral center of the film. A graduate of West Point, he is shown early in the film as a man with high standards and who wants to do what is in the best interest of the nation. He is supposed to be of high moral character. That’s what he is supposed to be, but the film makes a fatal mistake with this character which all but ruined their goal of making him one of the good guys.

There are plenty of flaws in the film, and I can get past most of them. They’re there, but they’re forgivable – especially after knowing the film was edited by a trailer company. The muddy middle of the plot that plods slowly along, the confusion of character motivations, and the weird dance-like moves of Cara Delevinge as Enchantress, are there but don’t ultimately ruin the film. What ruins the film isn’t stale action sequences or the messy plot; what makes the film beyond frustrating is a single line from our supposed moral center halfway through the film.

Other than the special effects, the film didn’t have much else going for it.

We go through most of the movie as Flag billed as the good guy. Waller explained how good of a man he was, and knew the only thing that would get him to join was love. Flag kept telling Waller he could assemble a team on his own because he didn’t want to work with “bad guys,” and he continues to remind them throughout the mission that they’re bad and to stay behind the good guys and let them fight.

After rescuing Amanda Waller and her FBI team, Waller proceeds to kill all the agents. Her excuse: “They weren’t cleared for any of this.” First of all, that’s no excuse for killing another human being. If they weren’t cleared, they could always be retroactively “read in.”

Our supposed moral center hears her excuse. But we don’t get a rightful condemnation from him. There’s no “how dare you,” no Captain America or Superman moment where he tells her what kind of person would do that. No, we get, “Hey I’m not judging. I’ve buried my own mistakes, too.”

Seriously? That’s it? She just murdered a half a dozen people, and that’s the response of our protagonist, our “good guy”. And what does he mean he’s buried his own mistakes, too? Has he had to kill to hide what he’s done? With one line he’s gone from the “straight man” character thrown into the midst of villains, to the same category as the rest. I mean, heck, even Deadshot had a better response than Flag. At least he had the guts to say, “And I’m the bad guy.”

But after that scene, the writers don’t have the characters acknowledge that. There’s no character change, no dealing with the fact that our protagonist is ok with his boss wantonly murdering members of the FBI. That’s something I can’t get past. If a film spends the first hour building up a person’s character, then a pivotal moment comes and it changes them, I can understand that. That’s a character arc. This isn’t. Flag goes right back to the moral grounding of the group. There’s no acknowledgement of what he said. I can understand wanting him to have a flaw, but he already had one revealed near the beginning of the film – he fell for Dr. June Moon when he was only supposed to protect her. That is a legitimate flaw for a protagonist to have and still be considered a protagonist. Not this business with Waller though. That is just condoning killing. 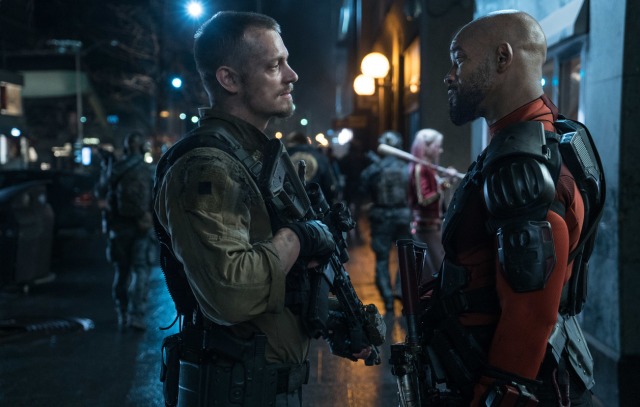 You don’t get to go back to being the moral center of the film after you’ve condoned murder by saying you may have done something similar.

The rest of the film wants us to believe he never said that. He goes back to being the moral center, but I don’t buy it for a second. His character is forever flawed from that point. What’s said is Joel Kinnaman gives a solid performance as Flag. But in this case the writing does not match up to the caliber of acting; that line sullies the first half of building him up, and ruins the rest of the film for me.

Here’s hoping that they have more than six weeks to write the script for Suicide Squad 2. Maybe then they’ll have enough time to not let such a character changing line slip through.

If you enjoyed this article, you might enjoy this article where I write about two characters who are beacons of morality in an anti-hero age.

Hello, my name is Joseph Hamrick. I enjoy reading stories I find, which provoke thoughtfulness and introspection. I am a Christian, so most of my writing and thinking comes from a theological perspective. I am currently engaged to Jesse Berden, and will Lord-willing be able to call her my wife (and subsequently update this profile) on March 23. I love contemplating on the moral, philosophical, and theological aspects of what I read and watch. I keep a weekly column, "Something to Consider," for the Greenville Herald-Banner. Along with that, I write on a regular basis at www.servantsofgrace.org.
View all posts by Joseph Hamrick →
This entry was posted in All, DC, Movies and tagged DCEU, Deadshot, El Diablo, Harley Quinn, Jared Leto, Joker, Margot Robbie, Rick Flag, Suicide Squad, Will Smith. Bookmark the permalink.

3 Responses to The Fatal Flaw of a Flawed Film