Where Horror and Faith Collide

When I was eight or nine, my cousin forced me to watch one of the Nightmare on Elm Street films. One scene in particular etched itself into my mind and left me scarred for years. In hindsight it was a dumb scene, but as a kid who had never seen a horror movie besides Ernest Scared and Stupid (a great movie in its own right), it was traumatizing. Freddy Krueger had taken a huge cue tip and shoved it through one of the hapless teen’s ear and went out the other. For a young kid with an overactive imagination, watching a movie where the villain could not only step into your dreams, but also kill you in them, sleep wasn’t an option that night. 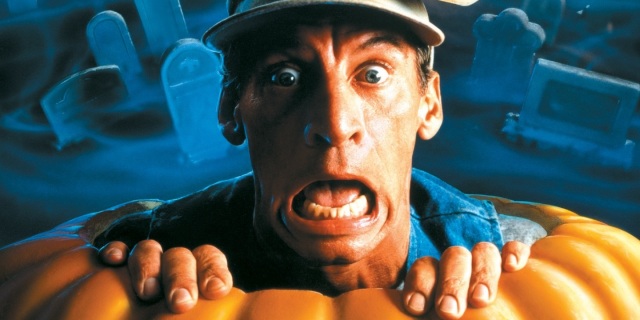 I hope he’s been drinking his ‘malk’

Horror reaches down to the dredges and pulls out our most basic primal fear: the loss of ones own life. Freddy took from his victims the peace of sleep, of sweet dreams and replaced them with nightmares and death. Jason took the universal childhood experience of summer camp with friends and in its place brought hunting and death. The villains of horror are more powerful than humans. The films remind us that there is evil in the world, and it’s more powerful than we are. So it takes something other than physical strength or prowess to defeat the evil. Some popular tropes are the old indian burial ground, revenge by an old classmate the protagonists used to pick on; and defeating them often entails finding their bones and either putting them in their proper resting place – or, in more cases: burning them. 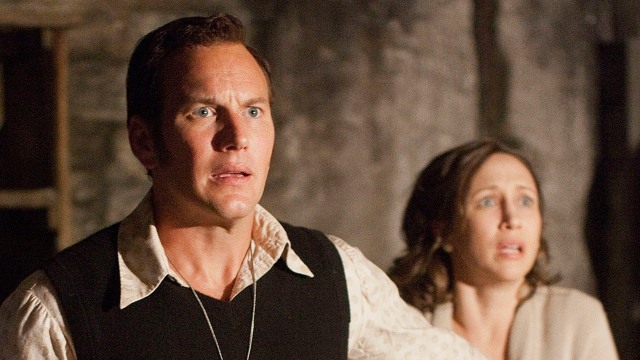 The movies admittedly exaggerate much in the way of supernatural events in their cases, but they touche on the reality of evil so well.

I know the Conjuring movies are vast exaggerations of what actually happened in the lives of Ed and Lorraine Warren; but to continue the theme of the inability of humans to stop evil on their own, this series showcases it so deftly. In both the Insidious and Conjuring franchises, Director James Wan doesn’t hold back when he shows how horrifying and powerful evil is and how it preys upon the weak and strong alike. Dalton Lambert is lured and captured by the demon in Insidious, and his father, Josh, had to rescue him. And even then, he wasn’t strong enough to defeat his own demon who haunted him. Only in the second film do we see the entire family freed from the grasp of evil. But in his films, Wan also shows how truly powerful good is. Light always shines through the darkness, as we see most clearly in the two installments of The Conjuring. Ed and Lorraine are not relying solely on their wits and wills to get them through, they are relying on God Himself to cast the demons from their hosts. The Warrens, Lorraine especially, are able to come face to face with evil and come out in victory, not because they Rambo’ed their way through the hordes of demons, but because of their faith in God; in knowing good will overcome evil. 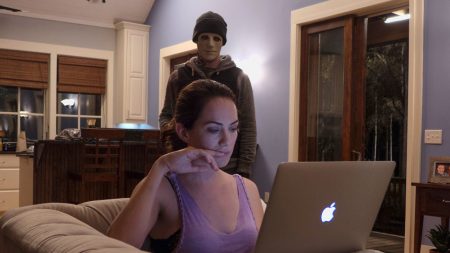 She’ll get her new book done even if it kills her!

Now if every horror film fell into that exact scenario, it would quickly make for a stale genre. Sometimes, like Hush, horror touches on another topic worthy of discussion: human perseverance in the midst of adversity. Showing how bad humans can be to another, while not solely in the realm of horror, is brought in much clearer view in this genre than in others. Which brings me to another point to why I have grown to enjoy horror films: they often serve as cautionary tales.

The villain comes to judge the sins and wrongdoings of hapless teens. Whether underage drinking, smoking, promiscuity, name a vice and they’ve come to make you pay the price. Zombies, monsters, or any other plot device, they all serve as physical embodiments of judgment come to make the protagonists pay for their transgressions.

I personally don’t believe in ghosts. I believe in demons disguised as ghosts who draw on our desires to speak to loved ones who have died; to make peace and say that one last thing we wanted to tell them before they passed. The aspects and implications of Insidious touch on that so brilliantly with the concept of the Further and possession in James Wan’s Insidious series, another favorite of mine. Again, I am a Christian and hold to what the Bible says about the afterlife and contacting the dead: don’t do it. Don’t tread in that realm, nothing good can come of it. You aren’t to contact the dead because that’s not who you’re actually contacting. Once you die, that’s it. There’s no coming back to this life, only awaiting Heaven or Hell, life with God on the New Heaven and New Earth, or eternally separated from the God who created you in eternal rebellion in Hell. So these “ghosts” walking the earth, haunting people are not those of the dead, but of demons, as is pointed out in Insidious with the demon that haunts the Lambert family in the first two films. Dalton isn’t contacting family who have died, he’s been drawn farther into the Further by a demon, who is using that to possess his physical form to wreak havoc on our world. And as I’ve stated earlier, it takes a higher power to rid Dalton of the demon inside. 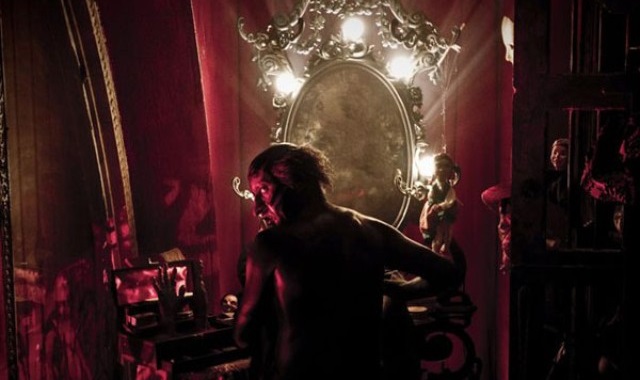 The Demon from Insidious was using people’s naivety about contacting the dead to bring himself into our world.

Not every movie ends well. Sinister, directed by Scott Derrickson (another favorite of mine), is an excellent example of showing not everything will always be tied up in a nice bow by the conclusion. Sometimes, the conclusion is what happens to our protagonist instead of what they do to propel the story. Ellison Oswalt doesn’t save his family in the end. They all die at the hands of their possessed son. He tried to figure it out on his own, and he did, only too late. He sought out the terror, unkowingly and unwittingly bringing the demon back into the world through his need to research ghastly murders in search of writing another famous book. The film teaches us not to willingly seek out evil for gain, whether fame from a book or a ghost documentary film, as many “found footage” horror films go. Greed is bad. These types of horror films help tell us why. 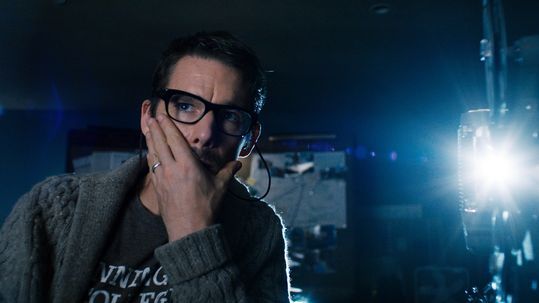 These are the worst family videos I have ever seen!

Horror makes us ask the uncomfortable questions. It reminds us we are human and as such will die. Horror highlights the evil we already know is out there.  Whether it be creatures or monsters or spirits or ghouls, or some other horror movie trope to stand in for evil, it shows how much more powerful evil is than us, then gives us the only option for defeating it, which is through good. As a Christian, that is encouraging and a great reminder that although evil is real and present and for my bad, God, who is infinitely more powerful, promises to be working all things out for my good. Evil is real, active, scary, and it’s out to get you; but thank God, ultimately good always wins out.

If you enjoyed this article, check out my article over why M. Night Shyamalan’s Horror/Suspense comic book world is one of my favorites.

Hello, my name is Joseph Hamrick. I enjoy reading stories I find, which provoke thoughtfulness and introspection. I am a Christian, so most of my writing and thinking comes from a theological perspective. I am currently engaged to Jesse Berden, and will Lord-willing be able to call her my wife (and subsequently update this profile) on March 23. I love contemplating on the moral, philosophical, and theological aspects of what I read and watch. I keep a weekly column, "Something to Consider," for the Greenville Herald-Banner. Along with that, I write on a regular basis at www.servantsofgrace.org.
View all posts by Joseph Hamrick →
This entry was posted in All, Movies and tagged Conjuring, Faith, Freddy, Good vs Evil, Horror, Insidious, Jason, Movies, Nightmare on Elm Street. Bookmark the permalink.