If you’re a subscriber to Xbox Live Gold or PlayStation Plus then you may have noticed each month you get a free game or two. This is fantastic; but how do you know if these games are worth downloading? You have precious hard drive space on your Xbox One or PlayStation 4, so this is going to be a hard choice to make, right? Wrong!

Gaming Bits have you covered! This month we will tackle Gone Home (Available until October 31st) for the Xbox One and Metal Gear Solid V: The Phantom Pain (Available throughout October) for the PlayStation 4. The only caveat is that our test subjects, Chris (who jumped ship to Sony after Microsoft scared him when it was originally announced their console would be online all the time. It’s not now but PS4 is still best.) and Joseph H. (who’s been a die-hard Xbox fanboy since he fell in love with the “OG” Xbox and Master Chief), have one to two hours to decide whether the game is worth the download or not! So read ahead and see what they find!

Have you ever been lied to? Or feel you were mislead into getting a game you thought was one thing but turned out to be another? It makes you pretty upset, right? Not a pleasant gaming experience, especially when the final product is the polar opposite of what you were promised.

Well, that’s how I felt with the free Xbox Live game of the month during my two-hour play through of Gone Home. Gone Home was originally a PC game that came out in 2013 to glowing reviews. It was billed as the next great indie horror walking simulator. Now, I have grown to love walking simulators as they can really focus on the more emotional aspects of storytelling. If you’ve ever played or watched a let’s play of That Dragon, Cancer, then you know how powerful these games can be when done well.

Gone Home is different, though. Instead of a Lovecraftian horror about a girl coming home to an empty house to piece together clues about the “Psycho House” her family moved into while she was away, I played something entirely different. Instead of piecing together a well-crafted horror tale, I pieced together an angsty YA novel about your younger sister coming out to her parents in the 90s about her girlfriend, then running away with her in the end. That’s it. That’s the story.

I haven’t been a PC gamer since about 2009, so most of the PC news I get is from reviews and trailers during E3 and Gamescom. So I went and re-read some of the reviews after playing it. Yep, still say it’s a scary game. I was so upset. It’s not a scary game in the least bit. There is one part that gets you partway through the game, right when you think it’s about to get interesting. Then nothing. Just more of her angst-ridden diary she left for you to read.

What’s sad is this isn’t a terrible game. It’s an okay story told through a walking simulator. The voice acting, if at times too close to the CW drama shows, is believable. And being a kid growing up in the 90s, much of it felt very authentic. The mixtapes, VHS recordings, down to the books and posters around the house, made it feel lived in by people who abruptly left during the middle of the night from a house deemed by the community as the “Psycho House.” An intriguing setup but with no payoff pertaining to the mystery shrouding the house.

Reviewers are supposed to be go-betweens, buffers between the developers and players, letting them know what they are getting into, and warn them if they are being given false information about a game. I don’t mind the positive reviews this game got. It’s a decent if not clichéd story. It was made for a very specific audience. It was marketed for all who love horror. That’s what upsets me.

Final Verdict:
Play if you like CW dramas. Don’t if you wanted a well-crafted horror tale.

Of all games that were set to be free on the PSN it just had to be this one.

The Metal Gear series of games have been very popular for quite some time and yet I’m the one guy on the face of the earth who never cared to play any of them. Why? Because I hate sneaking around. I’m not the kind of the guy who enjoys hiding in the shadows, using patience and skill to take out an entire room of enemies. This is the main reason why I struggled to get through Batman: Arkham Asylum and Batman: Arkham City. It’s not the style of gameplay I really enjoy.

I awoke in a hospital bed with no recollection of who I was or where I was. Nurses would come in, tinker with some of the machines around me, and then I would fall back into an unconscious state. Soon I am approached by what I assumed to be a doctor. Am I in a hospital? Yes, that would make the most sense. Truthfully it hadn’t dawned on me until the doctor started speaking to me of where I was. I’m told not to panic but that I have been in a coma for nine years. Nine years?! My vitals start spiking as the doctor continues to try and reason with me. A nurse grabs a syringe and injects an IV with some sort of sedative. I slowly fall back asleep…

The cutscenes within the game are fantastic and feel extremely cinematic but I do feel like they occur way too often at the start of the game. To be fair, I didn’t make it far from the introduction before my hour was up. I tried to progress a little bit beyond but the game threw a few more cutscenes in my general direction and by then I was a bit tired of them. When the game decided to open up I decided to shut it down so I know that my opinion on the game will be severely misconstrued but I’m still going to be very honest, it’s a great game. The story left me with many questions (a few of the moments in the introduction are a bit surreal) but I, unfortunately, do not have the desire to continue through the game. My patience with these kinds of games is lacking. If I had to see another cutscene I was on the level of raging, no matter how finely crafted (or brutal) these scenes were.

Controls felt a bit strange to me as the character I was controlling didn’t seem to respond immediately to when I pressed a button. This caused me to die at a specific point but I just chalked that up to me being unfamiliar with the button layout so it only caused minimal frustration. Shooting felt strange as well but I had few issues with getting a headshot at close range with a pistol. 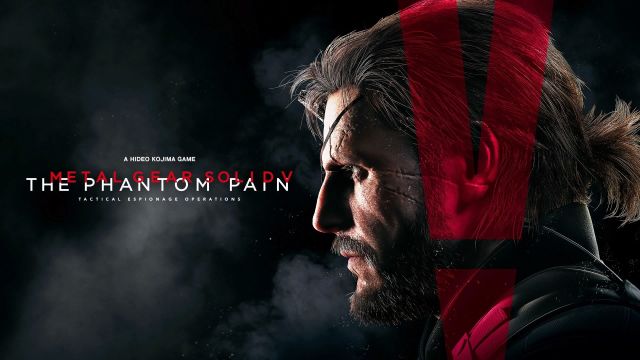 Most people who have wanted to play this game have already bought it and beaten it but as the possible swan song to Hideo Kojima’s Metal Gear Solid series (Konami is dumb) this is a title worth checking out for its cinematic value alone.

I'm a Bat...and I seduce things...No relations to Batman, Bat-Man, Man Bat, or ManBearPig....and maybe the last one was a lie... If somehow you like what you read you can follow me on Twitter: @Deylin07
View all posts by Bat Seducer Chris →
This entry was posted in All, Video Game Reviews, Video Games and tagged Gaming, Gone Home, Hideo Kojima, Metal Gear Solid V: The Phantom Pain, Playstation 4, Playstation Network, Playstation Plus, Video Games, Xbox Live, Xbox Live Gold, Xbox One. Bookmark the permalink.