Superman: The Protector of the Weak

The eugenics program of the early 20th century is a stain on the morality of the people and government of the United States. 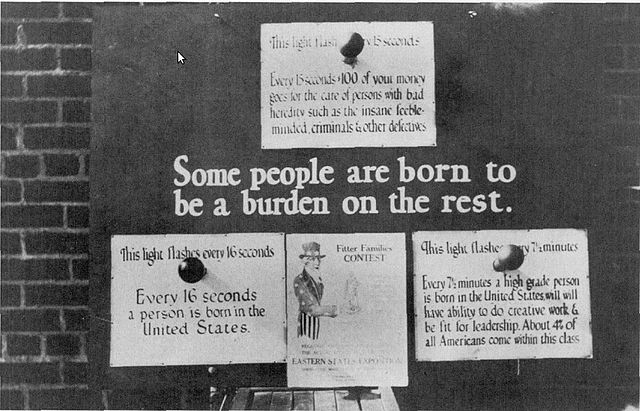 Propaganda that used to be prevalent in the early 20th Century.

One of the slogans of the movement read, “Some people are born to be a burden on the rest.” It is a movement which gave more kindling to racist thoughts and practices, and sparked the basis of the Nazi movement. The very thought of the superiority of one person over another is anathema to the Declaration of Independence (something most of our founding fathers did not follow consistently, either). Thankfully though, it has all but ended. Forced sterilizations, testing on humans deemed unworthy to carry on genes, and laws against people with lower IQ’s from procreating have been abolished. But what if it had continued? I think the Krypton in Zack Snyder’s Man of Steel, shows us what would have happened if America had allowed that idea to continue and thrive.

Kryptonians were bred, predetermined by their government into certain roles as it deemed them fit. There was no choice. DNA was altered, minds changed in order to build each individual into nothing more than a machine. From what we can tell, sickness and disease was all but wiped out from the planet; but so was their morality, so was what made them human. When Jor-El was explaining Krypton’s history to Kal-El, he began with their creativity, their want to explore the expanse in search of life, to further their discovery. He spoke of their hope and wonder at the created universe. Then they turned inward. They stopped exploring and began building a better Kryptonian through selective breeding. Much like the selective breeding, the weeding out of people with deformities or mental illnesses, those deemed “unfit to breed” by the U.S. government through the eugenics program, Krypton changed. No longer creative, no longer interested in exploration, they sterilized those who would pass on bad genes, aborted those who would hold them back. They created a superior race and gained longer life, and a healthier, longer living people, at the cost of their civilization.

A good death is its own reward. She should not think about death, rather where that death will usher her into.

Superman, and his creators, railed against the very thought of eugenics. And we can see in Zack Snyder’s Man of Steel, this come to full fruition. Jor-El and his wife, Lara, have had enough of the dehumanization of Krypton society, and Lara bears the first naturally born child on Krypton in centuries. This is over and against the selective eugenic breeding practices that created the master warrior race, which culminated in the “best” of Krypton’s creations, General Zod. Even after exile, Zod and the others still hold to their ideals, and look to create a new Krypton on earth. In the battle at Smallville, Faora-Ul continues the theme of eugenics and its partner, naturalistic Darwinism, in stating how he is weak because he mirrors what she calls the weakness of humanity. “The fact that you possess a sense of morality and we do not give us an evolutionary advantage. And if history had proved anything it is that evolution always wins.”

Superman stands in the gap between Zod’s creation of the master planet, and humanity.

But it is this weakness, this morality he possesses and they do not, which ultimately decides who will win. Superman stands against eugenics, he stands as a shield to protect the weak and the poor against the stronger who look to mistreat or kill them for their own purposes. In the climactic battle of Man of Steel, we see the two ideals literally wage war against each other. Zod looks to destroy humans and create his new Krypton society, much like the eugenicists of the 20th century; while Superman fights to protect those deemed unfit to live, he shows to Zod, and to the readers of the comics from 1938 onward to Man of Steel, he is the protector of the weak and the poor. Much like Moses, and much like Christ, he was sent to protect a people small in number, to heal and save the sick and needy from evil. With Zod’s death, he condemns the remnant of Kryptonian society to Oblivion; and our own history teaches us the brutality that idea births in nations. One look at Nazism and Communism in Russia, and the attempts at eugenics in America from the 20th century and the moral atrocities committed then should be enough to quell any resurgence of the abased thinking that is eugenics.

The now widowed Lara watches as the prediction of her husband, Jor-El, comes true. Krypton fell, and with it, the utopian society they attempted to create.

Eugenics is the anti-declaration, the anti-human, pro-perfection at any cost movement. In history and in fiction we see the devastating cost to morality and humanity by this ideal. These examples can serve as warnings, something we can take heed of when the idea returns, as it has with the recent neo-Nazi/al-right movement. Although he is the “Übermensch”, he does not use that status to destroy the weak as the Nazi’s attempted; he uses it for the opposite, for good. He saves people from floods and fires in Batman v Superman, something which resembles our own civilians risking their lives to save those from the fires in the northwest and the flooding in the south. By dying to save a world who hated him, he displays the sacrificial death of Christ. He mirrors countless men and women who have sacrificed their livelihoods, and their own lives to save others. He is a standard-bearer, a beacon of hope to look toward by those who are in need of it. Instead of strength through physical and material power, Superman shows us the better way: moral strength through sacrifice. 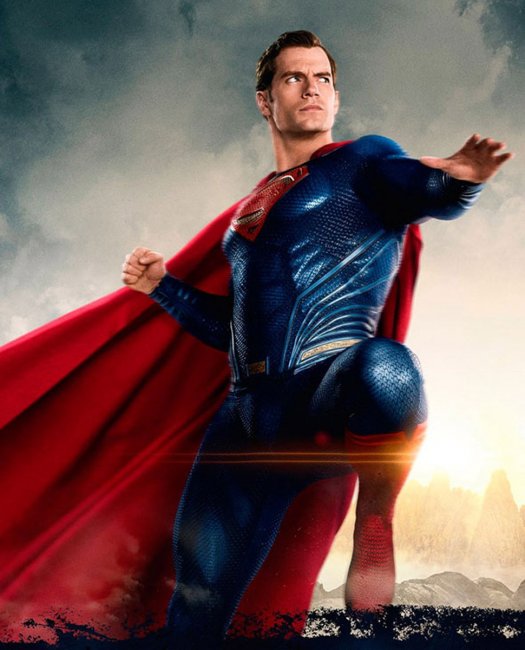 Superman’s strength was enhanced by his morals of right and wrong, truth and justice.

The destruction of Krypton is a haunting prediction of what happens when unhindered progress is unbridled by morality. Krypton society had progressed beyond all others, but with morality gone, there was no one to ask “why?”

Superman reminds us that value is not based on how much a person makes, or what they can contribute to society in a materialistic way, he reminds us, as does the Declaration of Independence, that, “We hold these truths to be self-evident, that all men are created equal, that they are endowed by their Creator with certain unalienable Rights, that among these are Life, Liberty and the pursuit of Happiness.” Superman fights for Truth and Justice. And truth and justice are universal.

Hello, my name is Joseph Hamrick. I enjoy reading stories I find, which provoke thoughtfulness and introspection. I am a Christian, so most of my writing and thinking comes from a theological perspective. I am currently engaged to Jesse Berden, and will Lord-willing be able to call her my wife (and subsequently update this profile) on March 23. I love contemplating on the moral, philosophical, and theological aspects of what I read and watch. I keep a weekly column, "Something to Consider," for the Greenville Herald-Banner. Along with that, I write on a regular basis at www.servantsofgrace.org.
View all posts by Joseph Hamrick →
This entry was posted in All, DC, Movies and tagged 20th century, Darwinism, Eugenics, Jerry Siegel, Joe Shushter, Krypton, Man of Steel, Superman, Zod. Bookmark the permalink.

1 Response to Superman: The Protector of the Weak