Posted on November 17, 2017 by theratchetblack

Superman is the oldest of the Superheroes, the uplifted model for all who have come after. The grand universes of comics and characters that we enjoy even today are firmly based in the mythos, morals and ideals that created one of the most recognizable symbols in our history. If you understand the significance of Superman you are well on your way to understanding something deeply complex and deeply beautiful about the human condition and the persistence of superheroes.Analysis aside, Superman has always held a mystical appeal to me. I can honestly say that I loved him well before I knew very much about him. Long before I’d heard of General Zod, Lex Luthor or Lois Lane, I was a Superman fan. He was my favorite hero. Something about a man who could fly, punch through walls and remain fundamentally good in a world I’d discovered at a young age is irrevocably broken spoke deeply to me as a child. 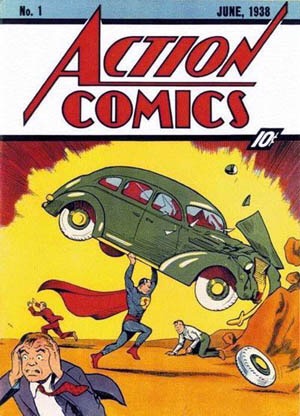 Superman is a DC Comics character originally created by Jerry Siegel and Joe Shuster in 1933 while both were high school students in Ohio. As Jews and immigrants Siegel and Shuster were both extraordinarily sensitive to the plight of immigrants and those generally perceived as “other” in American society and –building off the mystique of heroes contemporary and legendary- created a character they felt would as a manifestation of their own hopes and fears a rebuke to rising tides of bigotry. Superman’s first appearance was in Action Comics #1 and the character has been featured on every form of media since then.

Superman is well on his way to something of a renaissance amongst the general public due to the success of critically maligned but financially successful Man of Steel and its Batman v. Superman. A new generation of fans have come to see the Last Son of Krypton in a new light after years of general audience stasis since the classic Superman the Movie (comic fans have had the pleasure of watching the character go through new and exciting evolutions for decades). After years of playing second fiddle to Batman, the iconic alien finally has an updated and modernized origin and look suited to his character’s growth over time. 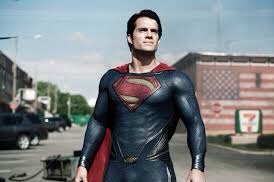 “Truth, justice and the American way,” that is the line most of us have come to associate with Superman and to some, it defines who Superman is. The DCEU actually renders an updated version of this line in Man of Steel “I grew up in Kansas General, I’m as American as it gets.” Clark Kent was created as a commentary on the value of non-coastal America. In the Superman mythos, Smallville is the epicenter of Clark’s moral upbringing, allowing him time and space to develop his ethical character away from the pressure of being a public superhero. We see this in a series of vignettes in the DCEU as Smallville serves as place where he learns restraint, the importance of filial piety, concern for his fellow human beings, forgiveness, caution and self-confidence. But against the backdrop of this idealized upbringing there is the notion that Clark is not from here. Clark is a refugee seeking asylum, immigrant looking to make his way in an alien world. Over the course of the last hundred years, Kal-El has struggled with the same problem that bedevils immigrants around the globe – he doesn’t know if he belongs. Sure, America is a nation of immigrants but even the most patriotic among us realize that America’s history with immigrants lies somewhere between Gangs of New York and * *. This American quality to Clark is showcased in Clark’s self-confidence, his willingness to crusade on the behalf of others and his belief in his own moral standing.

Also, being the last of his kind speaks to the problem immigrant communities face in trying to maintain identities true to their birthplace and their new surroundings 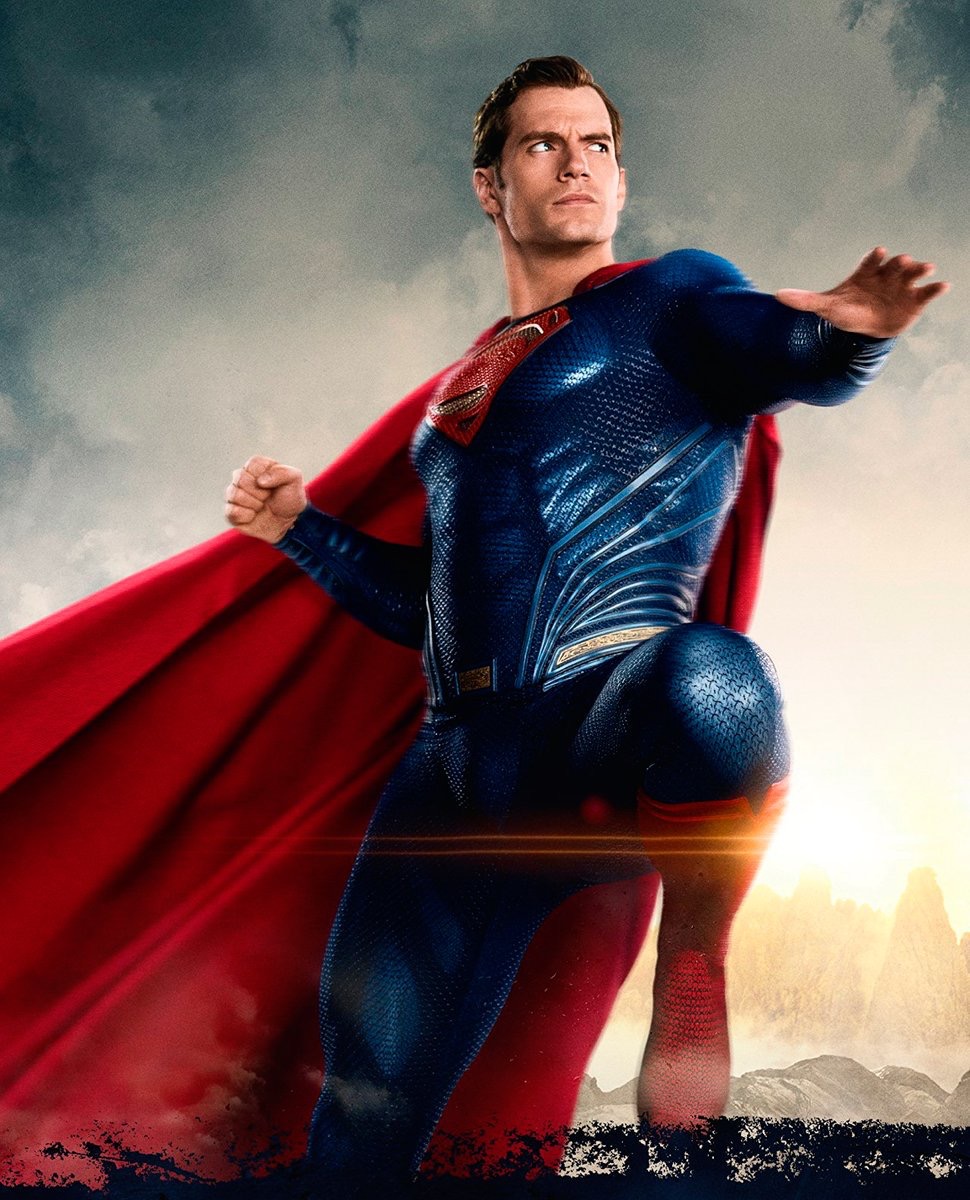 Also central to Clark’s identity is his adoption of humanity as an identity. Clark is not a human being given extraordinary powers a la the Flash, nor some melding of technology and flesh like Cyborg, he is a humanoid alien. He is truly alien, akin more to Martian Manhunter than Lois Lane. The humanity that Kal exudes as both Clark and Superman is in some ways a chimera. This has provided great fodder for character studies over Superman’s history. What exactly is human about humanity? What do aliens and humans have in common? Can humans and aliens share a planet? These questions and more have been at the center of Superman’s identity for decades and show no sign of being answered definitely. To some Superman has been (and always will be) some sort of a freak, a human looking thing that is best defined by alien-ness. To those who love the son of El, Superman is simply a human being possessed of supra-human abilities whose alien-ness is abrogated by both his form and insistence on humanity. 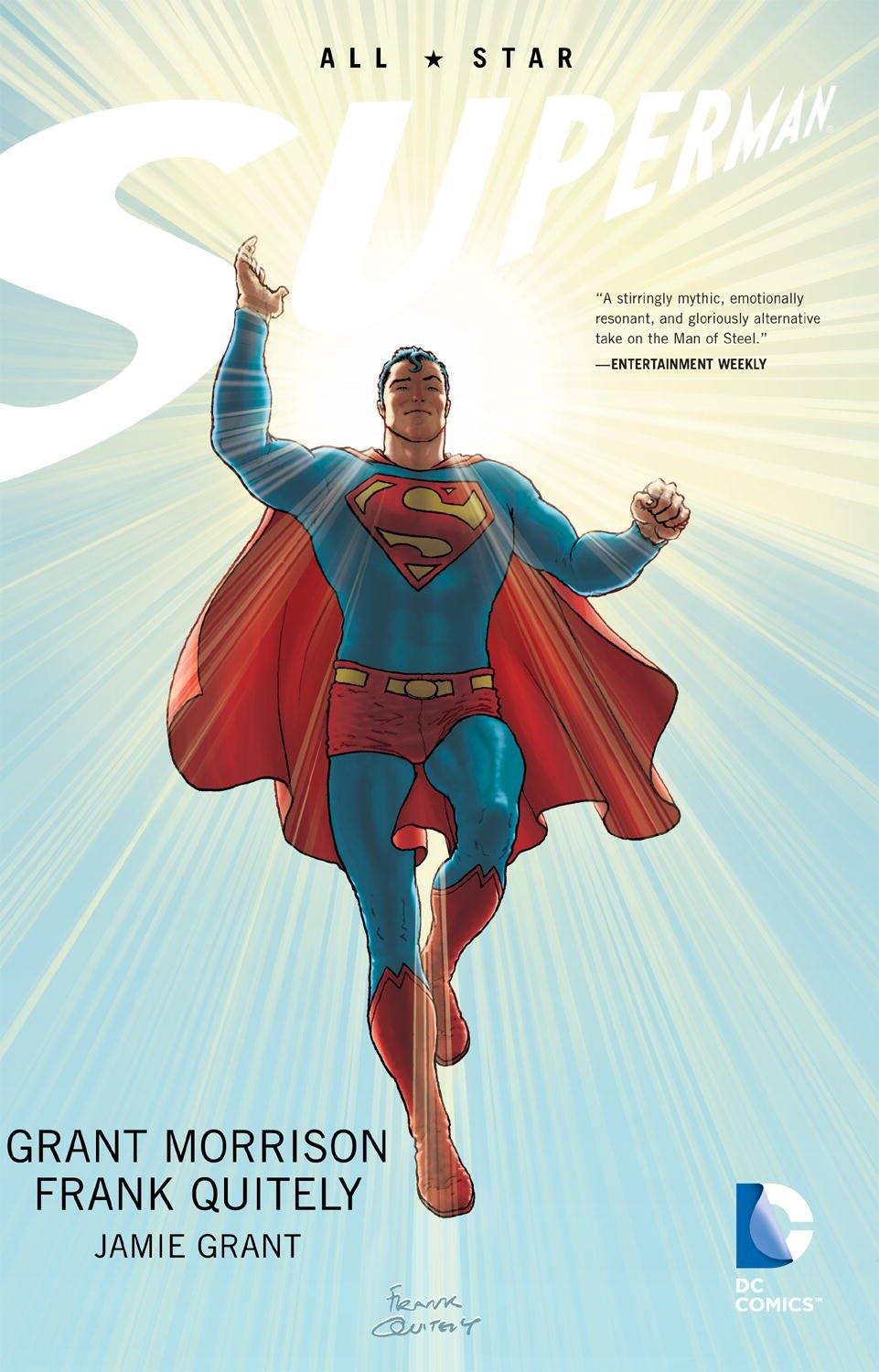 This is perhaps the most uncomfortable question of Superman’s entire identity. Where does he rank among human beings? He is stronger than all, unbound by the laws of physics and (spoiler alert) has the ability to cheat death. Is such a thing really a human or some higher sort of being? In the newly minted DCEU this question is explored brilliantly. Jor-El argues to his wife that Superman will be a god to the humans of his adopted planet and in the scout ship gives his son a godly (mind the small “g”!!!) mission to elevate the mass of humanity with his special gifts. Batman v. Superman shows the world of the DCEU wrestling with this question in public and private without coming to a definitive answer either way. I find this instructive because I believe that there is no bifurcated answer. Comics and films show the answer to be both. Humanity prevents Superman from using his power for mere personal gain and the nobility of godhood focuses Clark’s efforts as Superman towards uplifting human through powerful examples.

Superman is not DC’s most famous orphan that distinction would probably fall to Batman but foundational to Superman’s character is being in some sense orphaned. Nearly every person that shares biology with Kal-El died in the destruction of Krypton. Despite his adoption of earth, there are no true peoples for him to be a part of. His biological parents are dead and there is no real chance for an extended Kryptonian family. But at the same time Clark had a perfectly bucolic human upbringing, living with two supportive and loving parents. Clark had the advantage of being raised by two parents completely devoted to him, an advantage that has increased significance today. Clark struggles to come to terms with feelings that are commonplace among adoptees – gratitude to new parents, confusion about origins and a desire to know who you really are. Clark cannot give himself over completely to grief about his biological parents because he has Martha and Johnathan, yet his growing realization that he is not from earth complicates his desire to simply accept Martha and Johnathan’s parentage as a given. Clark as orphan and nuclear family stereotype allows him to inhabit two worlds and speak with confidence to both – as the last son of Krypton he can identify with children (and adults) that feel alienated from their families and he can embody the virtues of Middle America

As mentioned earlier, Superman is an old character, an enduring part of America’s fiction conscious. The Career of Superman has been mapped over literal decades. At this point, generations of people have more than a passing acquaintance with Superman’s character. At the same time Superman as an actual character is not usually depicted as nearly a century old in the comics, instead he begins anew from time to time with an age somewhere north of 33. All of this to say that Superman is not the “man out of time”, that distinction belongs to Captain America. Superman is not a 1930’s transplant forced into our modern age through some literary artifice. No, Superman is a thoroughly modern character and this consistent modernization allows him to speak with authority and specificity to every generation. 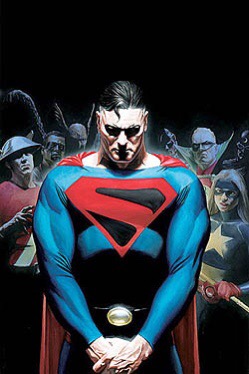 Superman embodies two concepts that seem antithetical at first blush. In the DCEU and the world of comics, Superman has an almost prophetic calling to serve as some sort of inspirational leader to the entirety of the human race but chooses to perform that calling through acts of service. Superman exercises earned moral authority by continually interposing himself between humanity and its enemies. In a moral and sometimes literal sense Superman is above humanity but continually places the needs of humanity above his own, his is the greatest and most sacrificial leadership because it comes from the deepest reserve of character possible. The statute in Heroes Park illustrates this duality well, Superman kneels down and offers his hand to humanity while the other hand reaches to the heavens, showing the limitless potential he is offering to humanity. This is the Superman character’s most famous duality. Clark Kent is a mild-mannered, idealistic reporter at the Daily Planet and Superman is the powerful, confident protector of humanity. The Superman mythos has taken great pains to establish both as alter egos, both Clark Kent and Superman partake equally in who Kal-El really is. The DCEU shows this well, Clark’s firm belief in the utility of human solutions to human problems is why he is initially content to go after the Gotham vigilante as a reporter and not Superman. With some reflection we can see in this the evidence that Clark Kent isn’t an outfit that Kal wears, it is part of his innermost being. Kal knows that he has a duty to inspire the citizens of earth but understands that this inspiration is dependent on drawing out of humanity a power that is already there. Kal’s fight for truth, justice and the American way is represented equally in both Clark and Superman. Clark Kent and Superman both mirror human idealism in different ways. In the DCEU, Superman functions for Clark Kent the way Superman is supposed to function for all of humanity. Superman is able to stand against the forces of evil in ways that a mortal, faced with mortal problems cannot.

Superman’s place in Justice League and the DCEU

One of the most pleasing things to me as a Superman fan is the feeling that the nascent DCEU has been up to this point about Superman, his presence and absence have loomed large over the universe. I am excited to see who Superman becomes in pop culture with the continued success of the DCEU and cannot wait to see him return in Justice League.

Check out these profiles of heroes inspired by Superman: Wonder Woman, The Flash, Cyborg, Aquaman, and, yes, even Batman.